After the sticky heat & overcrowded streets of KL, the next part of our holiday was four days on the island of Penang. We got a 30 minute domestic flight over to Georgetown and checked into Hotel Penaga, an old-style ‘heritage’ hotel owned by an architect, which had gorgeous period features & stained glass windows. I must admit I squealed with excitement when I discovered the jacuzzi bathtub!

Penang is best known for one thing and one thing only: food. Sure, it’s a beautiful old town with some unique cultural monuments, but in reality, most tourists who come here do so for the famous street food markets & hawker stalls.

Our foodie adventures started off with a delicious curry at local Indian restaurant Kashmir, and then extended to incredible Chinese food at the famous Teksen and Western hub China House. None of this, however, compared to the experience of rocking up to the evening market on New Lane (Lorong Baru), ordering dishes we couldn’t pronounce let alone guess at what the ingredients were, to then be wowed by delicious food at less than £2 per dish.

Our favourite was wan tan mee, a noodle soup with fresh pork dumplings, thin slices of barbecued pork and tiny pieces of crackling. We also liked char koay teow – a spicier dish with prawns, cockles and Chinese spicy sausage. My favourite though might have been the cooling dessert cendol – green noodles (bear with me) and sweet red beans in a bowl of coconut milk, palm sugar and shaved ice. It was so different to any sort of pudding you’d get in the West, and well you know how I feel about coconuts!

Ok, I’ll shut up about food now. We did a lot of cultural stuff in Penang, and spent most of the first day walking around Georgetown and visiting all of the notable sights. There’s a strange mix of old and new, as the Malaysian government wanted Penang to follow in the footsteps of Hong Kong in the 80s so allowed developers to build high rise hotels, office blocks etc., destroying many of the heritage homes in the area. The people of Georgetown applied to UNESCO and in 2008 it got listed as a World Heritage Site, saving the heart of the city from a similar fate.

We visited the ancient Chinese clanhouse Khoo Kongsi which is still active today, the Cheong Fatt Tze Mansion which belonged to one of the richest men in Asia, and the famous Buddhist temple, Kek Lok Si. The temple was right up in the hills and you could see the enormous bronze statue of the Goddess of Mercy from miles away. We climbed to the top of the Pagoda tower (many many staircases) and marvelled at the intricate design of each room and its ornate shrines. 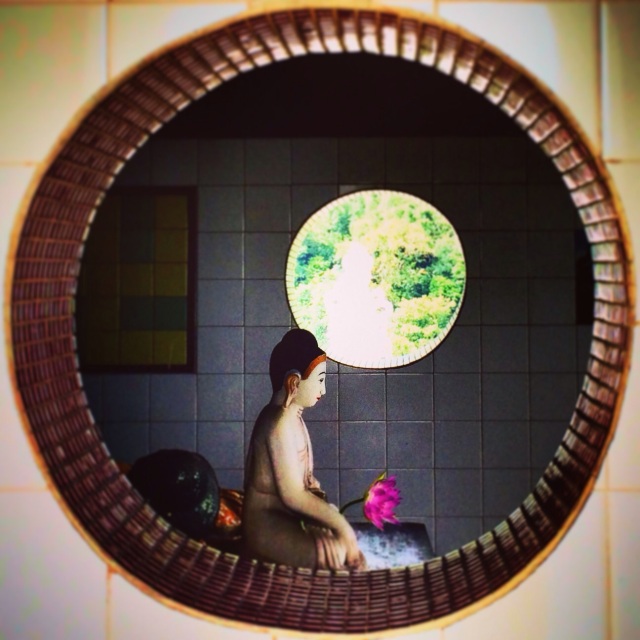 Penang is known as ‘pearl of the Orient’, probably because it represents such a diverse mix of cultures. At one junction in Georgetown, you can see an Anglican Church, an Islamic mosque, as well as a Buddhist and Hindu temple. Chinese, Indian and Malay people all coexist together along with many other nationalities, and this allows it to live up to its world class culinary reputation.

We are now in Langkawi having some R&R – the internet here is very dodgy which has been good for me as I’ve taken a bit of a technology break! As they say in Malaysian, bercakap tidak lama lagi (speak soon),